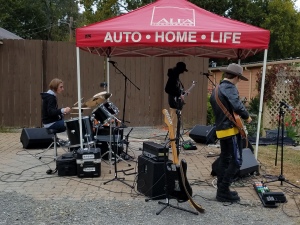 We were asked to headline the Sunday Funday Festival held by Cherokee Music Center back in September when we were having record warm temperatures for this time of year. In fact, up until the day before the festival, it had been unseasonably warm. Why am I telling you this? Because Mother Nature made up for lost time on Sunday Funday and dropped temperatures early that morning and continued to drop them all day. When the festival started at like 9am, it was 50°. Now if it warmed up from there it would have been a beautiful day. But instead the temps dropped and by the time Skeptica took the stage it was 30° and by the time we finished our set it had dropped to 25°! We’re still not sure how we held on to guitar picks and drum sticks, because we couldn’t feel our fingers by the end of the show! 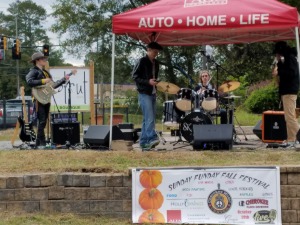 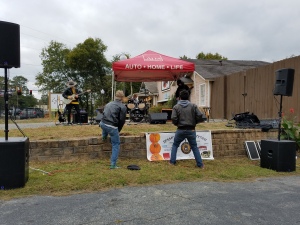 A very special thank you and shout out goes to Ian Pilsbury of Woodstock’s Red Tyde Rising for joining us on vocals and making our day! Both Ian and PJ of RTR were really cool to us and we hope we can play at another venue with again. And Ian, you have an open invitation to hop on the mic! 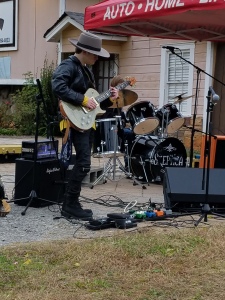 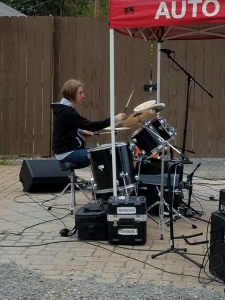 We’d like to thank everyone who came out that day, and especially the folks who stayed to the end to see us perform. Yeah, some of you were family and friends… but there were others… and *you guys* rock. Thank you! We leave you with a few more pics from the performance. Here’s a pic of Woodstock’s Red Tyde Rising too… if you ever get a check to see them live, don’t miss it! 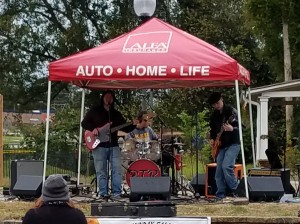